A year in pictures on our Rhino & Elephant Programme!

Home / Blog / Elephants / A year in pictures on our Rhino & Elephant Programme!

As 2018 becomes a memory, we take a look at some beautiful, inspiring and amazing moments around our projects. This month, we focus on our Rhino & Elephant Conservation Programme at Imire in Zimbabwe.

We hope that these photos will inspire you to join our volunteer programme, where you can participate in life-changing community projects, play a crucial role in supporting the wildlife who live on the conservancy, and become part of a very special and dedicated team of passionate conservationists from around the world.

We selected the following photographs, not always because they are necessarily the best, but because they mean something to us, and represent a special moment taken through the eyes of our volunteers and project staff.

December – March is baby season in Zimbabwe, when the rains have come and new life abounds. Rob is feeeding this young nyala game cubes, usually dosed with medication to control ticks, and nutritional supplements to keep the animals in good condition.

Volunteers spend quality time with the elephants, who thrive during the rainy season as there is thick browse and lots to munch on. The elephants at the reserve are long-habituated orphans who can never be released, so enjoy their forever home at Imire.

Also thriving last February was little baby Masimba, the newest rhino to be born at Imire, in November 2017. His mum, Ntombi, keeps a watchful eye on the little one as he appears in public for one of the first times!

One of the most special experiences for volunteers, is their weekly breakfast with the elephants. Pack up your breakfast picnic, walk alongside these majestic animals, experiencing the peace and tranquility of the early morning bush. Then enjoy your coffee as the elephants quietly browse around you. Truly a magical morning!

In April the first of our family volunteers arrived with their two young children. The families get involved with everything that other volunteers experience, tailored where needed to the age of the children and the interests of the family. Learn to track the rhino and spend time observing their behaviour, and learning about the threats to their survival. Our Rhino & Elephant Family Programme.

In May the project welcomed a group of Girl Scouts, who spent a weekend at Imire tracking elephants and rhino, learning bush survival skills, meeting community members and interacting with the animals. They also brought a great spirit of giving and community, plus a physical donation of books and school supplies.

In June we said a sad goodbye to volunteer co-ordinators Rob and Morgan, who returned to their native Australia, and welcomed Sam and Vera to the team. Sam and Vera are both scientists and qualified guides, and bring a wealth of knowledge and experience to the conservancy.

June was also a super-busy time for volunteers in the community, as they got all dressed up to help with honey harvesting and hive maintenance. The beekeeping project is one very dear to Imire’s hearts, as it brings much-needed income into the local rural community, who are responsible for the initiative.

A stunning photo of Masimba and Ntombi, taken by volunteer co-ordinator, Sam. Sam’s photos of Imire can be seen under Vera and his Instagram profile @Africaliving, documenting their life in Africa.

In August, Imire welcomed Marlina and Zander from Project Conservation, who captured incredible drone footage of the animals and conservancy. Stay tuned for more of their amazing pictures!

Following the arrival of Murwi, the anti-poaching unit’s canine team member, in May 2018, by September she was fully up to speed with her new job, and already a key member of the unit. Volunteers get involved with some of her training, which is a great break from their large animal work!

October was a busy community month. Planting is normally carried out in October, to take advantage of the early rainfall – with no rain since March, the ground is in dire need of refreshment! We loved this picture of a community member tending to her seedlings, following the prayed-for first showers.

Also in October, the project worked with the VAWZ team to carry out a sterilisation and rabies vaccination campaign in the local Wedza area. The campaign was carried out at the Imire community centre, with 68 dogs sterilised and a whopping 1,086 vaccinated against rabies.

Tragedy struck Imire in November, with the sad death of one of their beloved elephants, Toto. While undergoing a routine procedure to resolve his cracked tusk, Toto suffered a fractured leg and sadly had to be put to sleep. The team and everyone who had met this special, gentle giant, was understandable devastated.

Sundowners following the climb of the ladder to the summit of Castle Kopje is a highlight of every volunteer’s stay at Imire. Magical sunsets abound and what better place to say goodbye to 2018.

We look forward to welcoming you in 2019!

Click on the links for all our projects which include a visit to Imire: 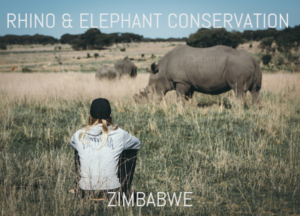 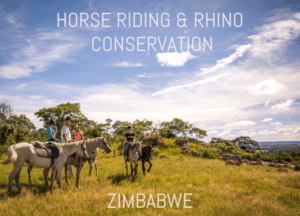 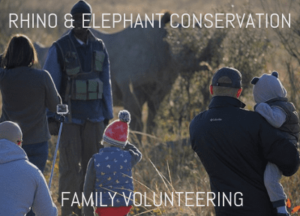 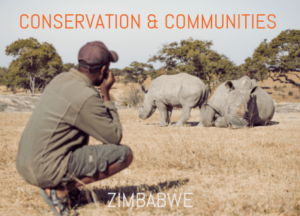 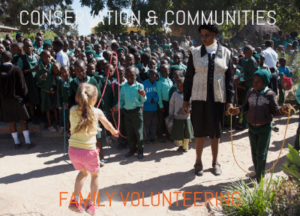 We're not sure if we're coming or going! The UK re 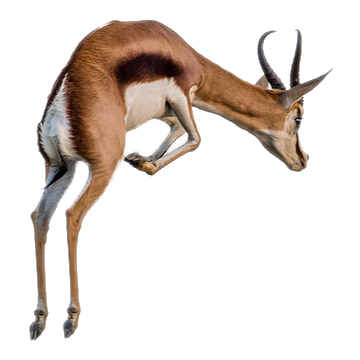